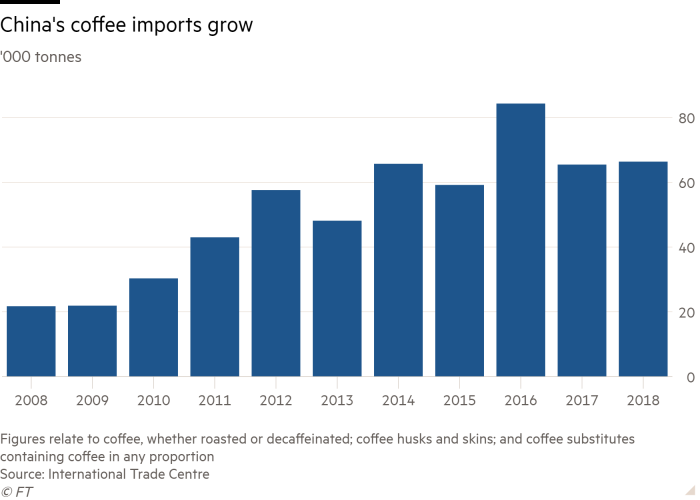 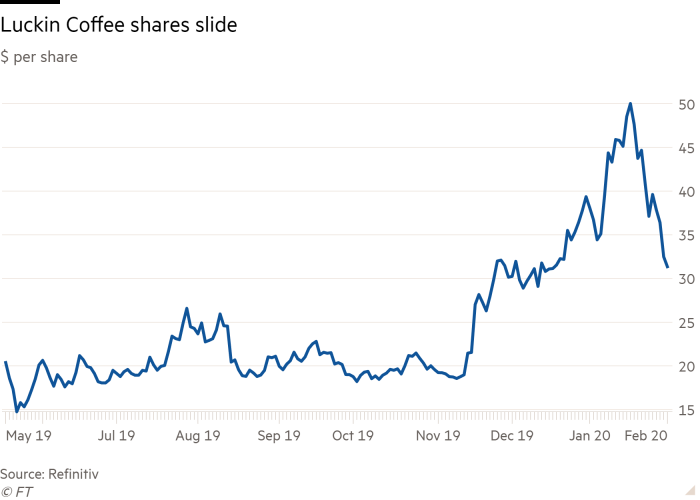 The coronavirus outbreak has unsettled global markets, hitting equity and commodity prices as concerns grow about its impact on economic growth. A less obvious casualty has been the humble coffee bean.

The benchmark index for coffee futures has plunged more than one-fifth since the start of the year to around $1 a pound. This is a bigger dip than crude oil marker Brent, down 17 per cent, and copper, which has lost 9 per cent on the London Metal Exchange.

China is an important participant in the global coffee industry, with imports more than tripling over the past decade. That, combined with the nation’s potential for significantly higher forecast growth, has unsettled investors — even though China accounts for only about 2 per cent of global consumption, according to Rabobank.

<<Two of the country’s largest coffee chains decided to temporarily shut stores in response to the outbreak. Starbucks announced it had closed more than half of its 4,300 outlets in China, while Luckin Coffee dealt a further blow by shutting its stores in Wuhan.>>

These closures are “reinforcing the bearish trend in global coffee prices”, said Carlos Mera at Rabobank. Shares in the two retailers have slumped, with Starbucks down 6 per cent since their January peak and Luckin Coffee losing about a third.

What happens next depends on two factors: how long the outbreak lasts and whether it saps demand for the commodity from other countries in Asia and beyond.